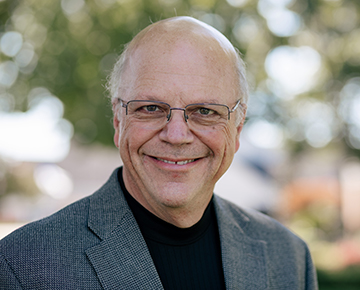 Dr. Bruce Gerlach was born and raised in Lancaster County. His musical performance career began in high school when he was chosen for county, district and regional honors choirs every year, as well as All-State Choir his senior year. He graduated from a small Christian liberal arts college, The King’s College, in 1978, was married the same year and began his career as a church musician, organist and choirmaster. He served as Director of Music Ministries at Manor Church (Lancaster) from 1981-1988. During that time, he earned his M.M. in Music Composition from West Chester University. After completing his D.M.A. at Southern Seminary, (Louisville, KY, 1992) in conducting, organ and theory, he began his teaching career at College of the Ozarks near Branson, MO. He taught there from 1992-2016, when he took an early retirement and moved back home to PA. In 2017, he started teaching at LBC as an adjunct before becoming a part-time faculty member. Dr. Gerlach and his wife have two grown children and two grandchildren. They live in a stately old stone farmhouse near his relatives.