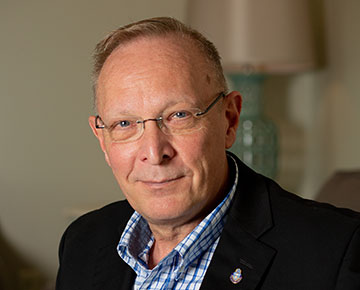 Dr. John Wheatley recently retired from the US Army after 26 years as a Chaplain attaining the rank of Lieutenant Colonel. His final assignment was as a Grief Counselor & Family Liaison Chaplain for the US Army Mortuary Liaison Team, Dover Air Force Base, Dover, DE caring for the Families of Fallen Soldiers.

He was deployed to the Pentagon recovery mission on “9-11” where he ministered to those at the Pentagon; then recently served as a chaplain for family grief support to the family of the US Ambassador lost in the Benghazi attacks.

He has served as a consulting trainer for the US Army Recruiting Command, Ft. Jackson S.C.; he has been afforded the opportunity to teach graduate programs in mental health counseling at South University. Prior to his two year assignment to the Dover Port Mortuary he served as a readjustment counselor and chaplain at Fort Dix, NJ for redeploying Soldiers from overseas. His pastoral ministry has included serving throughout New Jersey for over fourteen years.

He holds several military citations being awarded the Legion of Merit upon retirement.

His educational background includes a Bachelor of Science in Bible from Lancaster Bible College; a Master of Divinity degree from Eastern Baptist Seminary; and a Doctor of Education degree, University of Sarasota in Pastoral Community Counseling.

Chaplain Wheatley was ordained a Deacon in the United Methodist Church in 1983, and an Elder in 1986 retiring from the UMC in October, 2016.

“It is an honor to be a co-laborer in the unique ministry of chaplaincy!” — Dr. Wheatley