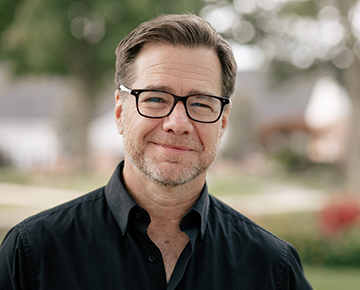 Dr. Robert Bigley has been on the faculty of Lancaster Bible College since 2007 and currently serves as the Director of Choral Studies, Interim Director of the Musical Theatre program and Director of the Arts and Culture series for both the Lancaster campus as well as at The Trust Performing Arts Center in downtown Lancaster.

He has acted on screen and on stage in productions across the country. Dr. Bigley’s most recent appearances were with the historic Fulton Theatre, Prima Theatre and Servant Stage Company in Lancaster, PA.

Dr. Bigley holds degrees from the University of Washington, the Eastman School of Music and the University of Miami. He lives in Lancaster City with his wife, Kendra, who is a professional pianist and music director. They have three amazing children and two awesome children-in-law.

D.M.A. in Choral Conducting – University of Washington, Seattle, WA
M.Mus. in Conducting-Choral and Orchestral – The Eastman School of Music, Rochester, NY
B.Mus. in Music Media and Industry – The University of Miami, Miami, FL

“Trust in the Lord and do good. Dwell in the land and befriend faithfulness.” – Psalm 37:3