LBC | Capital is excited to present a musical this fall that will delight families, kids of all ages, and the young at heart. 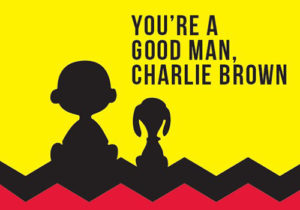 The student-directed and student-performed production of “You’re a Good Man, Charlie Brown” will begin streaming the weekend of Oct. 9, with four performances scheduled for the following times:

The musical-comedy “You’re a Good Man, Charlie Brown” debuted off-Broadway in 1967 in the East Village neighborhood of Lower Manhattan. With music and lyrics by Clark Gesner, the show is based on characters created by cartoonist Charles M. Schulz in his comic strip “Peanuts.” Musical numbers include “You’re a Good Man, Charlie Brown,” “Schroeder,” “Snoopy,” “My Blanket and Me,” “The Kite,” “The Doctor Is In,” “The Red Baron,” “The Baseball Game,” “Glee Club Rehearsal,” “Suppertime” and “Happiness.”

If you already have your streaming tickets [get them here; streaming opportunities are limited], LBC | Capital has some fun family time ideas to make your afternoon or evening of watching the show even more memorable.

Charlie ‘Brownies:’ After lunch or dinner, whip up some brownies, either from scratch or using a box mix. Give them some Charlie Brown character by icing them yellow and decorating with the iconic zig-zag stripe from Charlie’s shirt. Or add ‘Peanuts’ (see what we did there?) or ‘Peppermint Patties’ (wink, wink).

Woodstock’s Bird Nests: Check out this easy recipe from AllRecipes.com that calls for just four ingredients, and the kids can help, too!

Snow Cones: Remember the Snoopy Sno-Cone Machine? Make your own snow cones at home in a blender with a recipe and instructions from Hamilton Beach.

Get in Peanuts mode by searching for some of these family-favorite programs on television and streaming services:

LBC | Capital Education Department faculty created a fun BINGO game families can play together while watching the performance. Download the BINGO cards here, print, then try to fill the spaces as you see each item within the scenes.

Did you know Lancaster Bible College students also performed “You’re a Good Man, Charlie Brown” on Jan. 21-22, 1977? According to the yearbook from 1977, Joe Westover starred as Charlie Brown, Mary Ross played Lucy, Ed Short was Schroeder, Rick Clark was in the role of Linus, Kim Wise played Patty, and Sharon Walter was Snoopy. Pianist was Mabelle Weir, the Director was John Lawrence, and Faculty Advisors were Joan Tompkins and Doug Cook.

The college is looking forward to welcoming viewers via streaming to this fun and exciting production that features the talents of our amazing students!

Get your streaming tickets to ‘You’re a Good Man, Charlie Brown’ today!