The staff and faculty of Lancaster Bible College are pleased to announce a musical revue called Tradition! which celebrates 10 years of musical theater at the college. The evening will feature a buffet-style dinner, followed by a performance featuring selections from family-friendly musicals, including Singin’ in the Rain, Fiddler on the Roof, The Sound of Music, Hello, Dolly!, Mary Poppins and more. 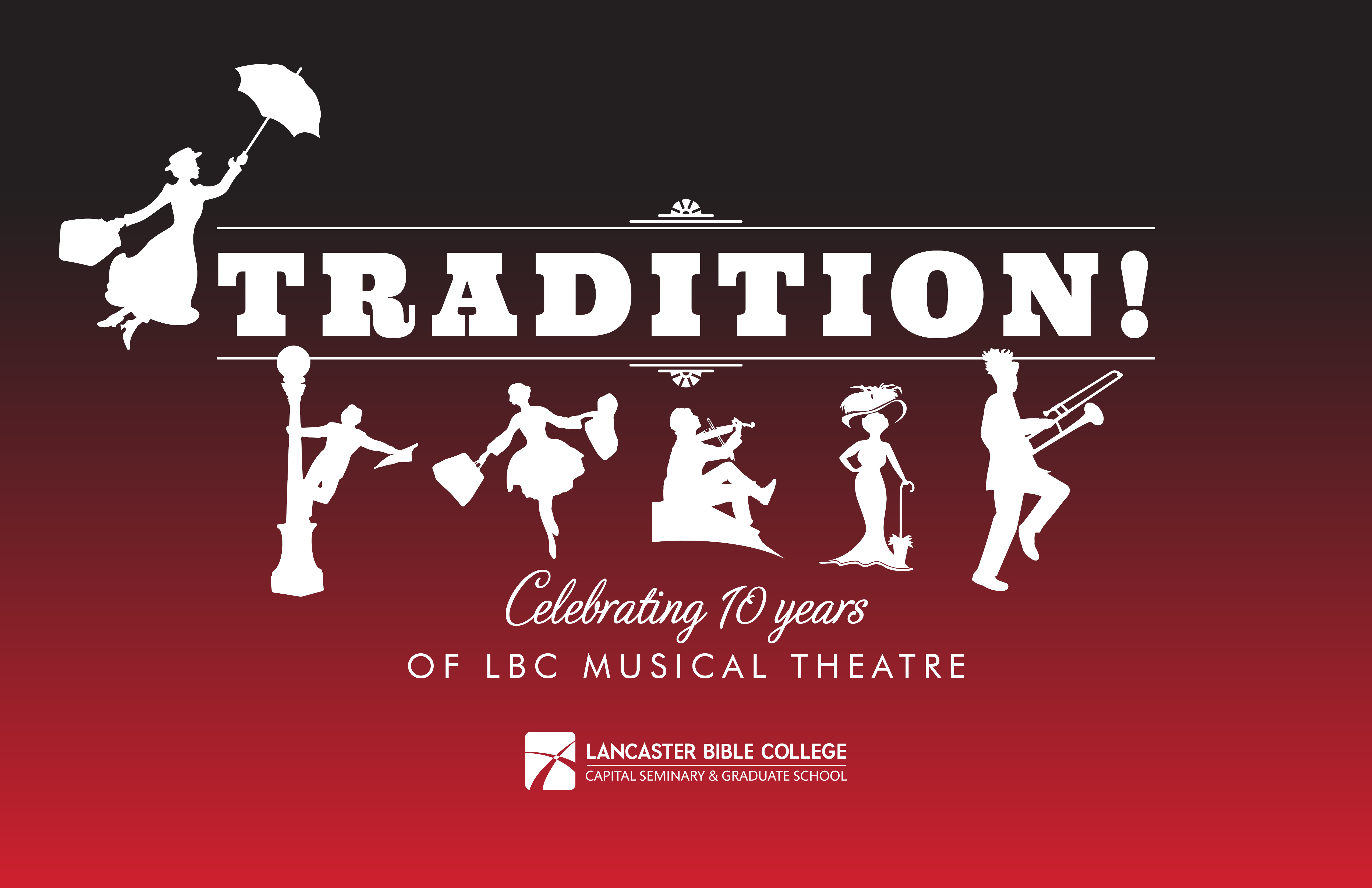 Performed by students, the event will include classic hits like Good Morning, Singin’ in the Rain, Climb Every Mountain and others from musicals staged at LBC over the past decade

“It’s been a joy to see the musical theater program grow over the past 10 years,” said David Felty, executive producer of the show and program director the college’s musical theatre major. “We’re excited to celebrate the past decade of quality musical productions that have been on stage for the community to enjoy. Tradition is unlike anything we’ve ever done before!”

Showtimes at the 901 Eden Road campus are as follows:

Ready to get your tickets?