‘Singin’ in the Rain’ Hits LBC Stage in March—Tickets on Sale Now! 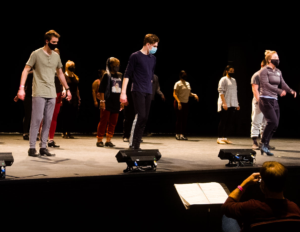 The Music, Worship & Performing Arts Department at Lancaster Bible College is excited for the return of live theatre to campus with performances of the beloved romantic-comedy “Singin’ in the Rain.” Taking the Good Shepherd Chapel stage March 5, 6, 11, 12 and 13, the tickets for the musical are on sale now at lbc.edu/events, with performances set for the following times:

For this spring musical, the college will also offer several dates for at-home streaming (streaming tickets can also be reserved, one per household, at lbc.edu/events):

The story for the stage musical, which debuted on June 30, 1983 at the London Palladium, was written by Betty Comden and Adolph Green, with lyrics by Arthur Freed and music by Nacio Herb Brown. The U.S. Broadway debut came two years later on July 2, 1985, at the Gershwin Theatre and was directed and choreographed by Twyla Tharp. In this case, the stage musical came well after the 1952 movie starring Gene Kelly and Debbie Reynolds.

The plot of both the musical and the movie are closely aligned in the 1920s era when popularity of silent films was winding down. The story followed romantic lead Don Lockwood, his sidekick Cosmo Brown, aspiring actress Kathy Selden and Don’s leading lady Lina Lamont. Lina believes she has a stellar signing voice, but she actually has more of a voice for silent pictures.

Unfortunately for Lina, talking pictures are the wave of the future, and studio head R.F. Simpson decides to turn the newest Lockwood-Lamont film, “The Dueling Cavalier,” into a talkie. Lina’s voice is just one of the production’s many difficulties. But Cosmo comes up with a plan to dub over Lina’s voice with someone who can sing—Kathy. As Don and Kathy begin to fall in love, Lina does everything she can to sabotage the romance. A behind-the-curtain moment finally gives Kathy her due.

Even though the film was only a modest hit when first released—winning a handful of awards and one Academy Award acting nomination—“Singin’ in the Rain” has gained legendary status, often called the greatest musical film ever made.

The LBC production of “Singin’ in the Rain” will feature a talented cast of students and crew members who are being mentored by local theatre professionals. Check out the cast and crew below:

(in order of appearance)

Lancaster Bible College also hosted performances of “Singin’ in the Rain” a decade ago, depicted in these 2011 photographs: 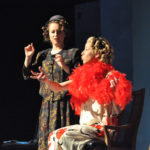 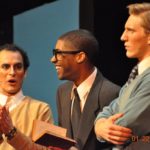 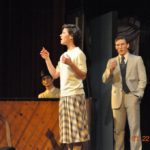 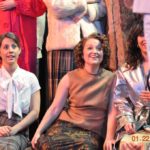 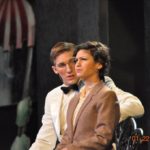 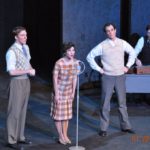 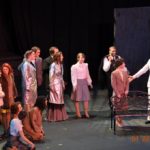 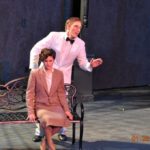 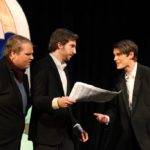 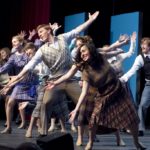 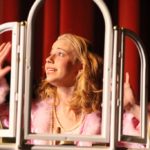 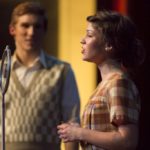 Ready for a glorious feeling?

Get your ‘Singin’ in the Rain’ tickets here!