Lancaster Bible College | Capital Seminary & Graduate School is planning several graduation ceremonies to honor 263 graduates as they begin or continue careers and ministry work that will impact their communities and beyond. 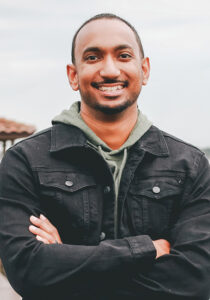 On May 13, LBC | Capital will celebrate with Lancaster and online graduates at a 1 p.m. ceremony in Good Shepherd Chapel at the main campus at 901 Eden Road. In all, 213 students met the requirements for graduation—179 undergraduate, 27 graduate, three doctoral and four earning certificates. Those in attendance will hear from Commencement speaker Dr. Collin Outerbridge (’18), Lead Pastor of Nona Church in Orlando, Fla. LBC | Capital is led by President Thomas L. Kiedis.

A University of Florida honors graduate, Outerbridge’s life changed when he was invited by a friend to join a Bible study through the CRU campus ministry. He earned his master’s degree from Fuller Theological Seminary and his Doctor of Ministry from LBC | Capital, where his dissertation focused on Generation Z and the future church. Besides sitting on the board of the Lake Nona YMCA, Outerbridge is a sought after communicator locally and internationally and is invited to speak on matters of church planting, spiritual formation, biblical diversity and reaching the next generation with the gospel. As the son of Caribbean immigrants, he is the first in his family to graduate with a terminal degree and is married to his high school sweetheart, Stacey. They are parents of four children. 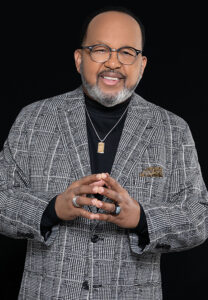 Owens is a native Washingtonian who received a bachelor’s degree from District of Columbia Teachers College and his Master of Divinity and Doctor of Ministry degrees from Howard University School of Divinity. He also serves as the Emeritus Prelate of the Mount Calvary Holy Church of America Inc. and as the Vice Regent of the Joint College of African-American Pentecostal Bishops. In 2009, he was elevated to the position of Archbishop of the Joint College. Under Owens’ pastorate, Greater Mount Calvary established an alcohol/drug abuse program, food and clothing outreach, HIV/AIDS ministry, employment service and prison ministry. Owens shares his pastorate with his wife, Susie Carol Thomas Owens. They have been married since 1972, have two adult children and eight grandchildren and have shared their home with 18 foster children. 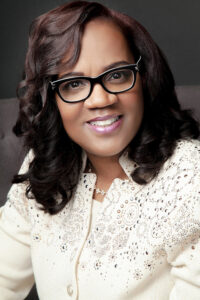 A Philadelphia native, Davis’ parents established Open Door Mission True Light Church, where she served as assistant to her father. She graduated from the Center for Urban Theological Studies (CUTS) with a bachelor’s degree and earned her master’s and Doctor of Ministry at Eastern Baptist Theological Seminary. She initiated many Christian education and ministry development programs and, for 25-plus years, maintained a weekly radio ministry. Davis was appointed as the first woman on the CUTS Board of Trustees, served on the Advisory Board for the Joint College of African-American Pentecostal Bishops and was named a corporation member at LBC | Capital. A mother, wife, preacher, teacher and scholar, Davis mentors pastors in the U.S. and internationally. She and her husband of nearly 50 years, George L. Davis, have two adult daughters and four granddaughters.

For further details on graduation at LBC | Capital, including an additional ceremony honoring another 23 graduates in Uganda on May 28, visit lbc.edu/graduation/.

Head to ‘Graduation Central,’ both before and after LBC’s graduation ceremonies!