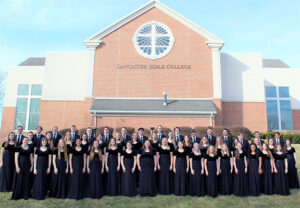 The choral collaboration on April 23 and 24 will feature the Lancaster Bible College Chorale, under the direction of Dr. Robert Bigley, and the Cairn University Chorale, directed by Dr. Steven McCollum. Concerts are set for 4 p.m. Saturday, April 23, at Highland Presbyterian Church, 500 East Roseville Road in Lancaster, as well as 4 p.m. Sunday, April 24, at St. Paul’s Episcopal Church, 22 E. Chestnut Hill Ave., in Philadelphia.

Both concerts are pay-what-you-will, and tickets can be reserved at www.lbc.edu/events/ (Lancaster concert) or cairn.edu/tickets (Philadelphia performance). 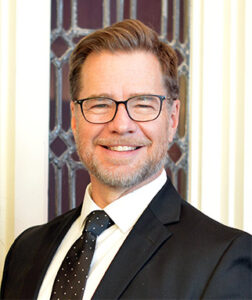 “Steven McCollum and I have been close friends for over two decades,” said Dr. Bigley. “We have often dreamed about bringing our choirs together for a collaboration, and I am delighted that this is finally happening. The students are going to love singing Faure’s masterpiece with their peers.”

Added Dr. McCollum, “We are thrilled to join forces with our friends and colleagues from LBC! This collaboration promises to be an outstanding experience artistically and educationally for our students and will certainly be an enchanting experience for our audiences.”

The auditioned singers of the LBC Chorale include students from the Music, Worship & Performing Arts Department as well as undergraduate students from several other disciplines around campus. The Chorale performs multiple times per year and tours regionally and internationally. With a wide-ranging repertoire, the ensemble frequently collaborates with other artists, including composer Stephen Schwartz, Irish hymn writers Keith and Kristyn Getty, Dove Award-winning singer Michael Card, the Grammy-nominated vocal ensemble New York Polyphony and the Lancaster Symphony Orchestra. Their performances have been featured on RTÉ Television, K-LOVE Radio and WFMZ-TV.

Dr. Robert Bigley has been on the faculty of Lancaster Bible College since 2007. He serves as Director of Choral Studies as well as Director of the college’s Arts and Culture Series, both on campus and at The Trust Performing Arts Center. Dr. Bigley has taught at the middle school, high school, community college and four-year college levels and was twice listed in Who’s Who Among America’s Teachers.

He has conducted a variety of choral and orchestral ensembles and has led concert tours around the world, including to Ireland, China and Spain, with his LBC choirs. As a performer, he has acted on screen and stage in productions throughout the country, most recently with Lancaster’s historic Fulton Theatre.

The Cairn University Chorale tours and performs annually for audiences across the country and around the world, presenting major choral works from the standard repertoire. Among its featured selections are oratorios, hymn settings and spiritual arrangements. This unique cross-section of Cairn University has representatives of nearly all 70-plus programs offered at Cairn. 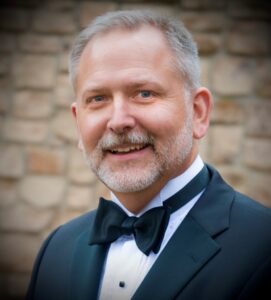 Dr. Steven McCollum is a Professor and Director of Choral Activities at Cairn University. He has been active as a music educator for the past 25 years, teaching students of all ages. His choirs have won awards for their artistic excellence, performed at music educators conferences, traveled internationally and created notable recordings.

Several of his historical choral editions have been published by Sunhawk Music Publishers and National Music Publishers. He has been a conducting fellow at the Oregon Bach Festival and with Chorus America, and often serves as an adjudicator of music festivals and curriculum consultant for private schools in the mid-Atlantic.

In his well-known “Requiem,” French composer Gabriel Fauré distilled some of the most beautiful melodies he ever composed. According to many, the work was likely a musical tribute to his father, who died in 1885.

Get free tickets to this one-of-a-kind concert!