Lancaster Bible College | Capital Seminary & Graduate School added an exciting new undergraduate online program to its offerings in the fall of 2022. The new Political Science bachelor’s degree program will focus on American political institutions and practices as it seeks to prepare students for a career in the poli-sci arena, for public service or for graduate studies.

This online bachelor’s degree is designed for busy people as they balance working full time, raising a family, serving in ministry and more. Each course is taught in an 8-week subterm, and students can customize the sequence of their classes based on which courses are being offered and their prerequisites. This way, with the help of their LBC Student Success Coach, students can chart a class schedule that fits their stage in life. 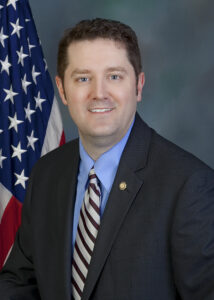 Jim Cox serves as the new Political Science Program Director for LBC | Capital and notes that the online courses, internships, student work and instructor interactions will help students embrace a biblical worldview and demonstrate the love of Christ within the areas of public policy and public service. He has served in the public policy field for 25 years, most recently serving 16 years as State Representative for the 129th Legislative District in Pennsylvania’s House of Representatives.

Those who study Political Science at LBC | Capital will be trained to serve Christ in both Church and society by developing their biblical worldview of the Christian’s relationship to government, examining the Bible’s demands for civic service and providing opportunities to affect social change.

LBC | Capital’s Political Science program was created and developed by former elected officials, lobbyists and public policy professionals who bring years of government experience to the program and course design. As people of faith in the confrontational world of politics, these individuals provide an often-overlooked perspective that has been woven into the Political Science program. Bringing textbook political theories to life through real-world challenges and experiences, the program will prepare graduates of the program for the academic, professional and, most importantly, the spiritual battles that lie ahead for those entering the political arena.

LBC | CAPITAL: Why was this the time right for LBC | Capital to introduce a Political Science program?

JIM COX: “With American politics being at the forefront of nearly every newscast these days, interest in the field of political science has seen a resurgence in colleges across the country. Lancaster Bible College, recognizing this growing interest, saw the need to develop a political science program based on a solid biblical worldview. LBC shares my heart’s desire that Christians of all ages have the opportunity to study and engage the political process in a way that points toward Christ. The political science program is, in my opinion, a fantastic complement to the rest of LBC’s offerings, and serves to show how Christ-centered teaching in every area of life can even extend to the realms of political discourse.” 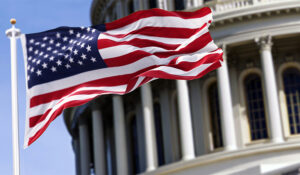 LBC: Why is it important for those who live out a biblical worldview to be involved in political discourse in the public square?

JC: “In the case of the Christian, it’s always been a passion of mine and my colleagues that Christians are involved in their broader communities. Matthew 5:13-14 and its command to be the salt and light of the earth is something I take seriously, and public policy is ultimately meant to reflect the laws that are etched onto our own hearts—laws that reflect God’s nature. If Christians and their values and attitudes don’t have a presence in the political discussion, then we risk putting those values in jeopardy, and our laws will tend to reflect ever diminishing levels of Christian virtue over time.”

LBC: How will the online format enable busy adult students to get a degree while working, raising a family and serving their communities?

JC: “It’s always a good thing to respect peoples’ time, so a well-designed and thorough online political science program is a natural fit for the student looking to complete this degree in the midst of their busy schedule. Online students often come to Lancaster Bible College at very different times in their lives than traditional students who come on campus to learn. LBC’s online political science program will provide the flexible learning environment that busy students need to succeed as they work toward completion of their degree.”

LBC: How do the Bible and faith intersect with political science?

JC: “I’ve been fortunate enough to have experienced firsthand the American political process on the state level, and have had the privilege of interacting with both elected and appointed officials at most levels of American government. I’ve seen countless opportunities to live out my own faith in real situations that sometimes tested my resolve, and brought to bear some very emotionally-charged topics—all in real time and all within a real-world context. The Bible speaks at length about preserving and protecting the rights of others in the name of holiness and in the name of truth. In James 1:27, we are commanded to remain unstained by the world we live in and to act in service as a voice for the voiceless. That is one of our greatest responsibilities as Christians.”

LBC: What topics will students learn about within LBC | Capital’s Political Science program?

JC: “The philosophy of Christians in politics can very easily be misunderstood, so at LBC, we aim to fully appreciate and take advantage of LBC’s ability to integrate a biblical worldview into every component of America’s political and legal systems. Crafting policy, analyzing legislation, exploring the electoral process, evaluating political campaigns and engaging with the public-facing offices of government are just a handful of the many opportunities students will have as they delve into the political science major.”

LBC: Why should students consider studying in Political Science?

JC: “It’s important that we see Christians being represented in every profession. The political arena is always in need of better-informed, fully equipped and thoroughly inspired men and women of faith. LBC’s political science program is the perfect fit for prospective students who have a passion for public service, an acumen for debate and intelligent discourse, and the desire to be a solid Christian influence within the public sphere.”