Reflecting on the Spirit of Christmas in This Unusual Year

(This column originally appeared in LNP | LancasterOnline on Dec. 6, 2020) 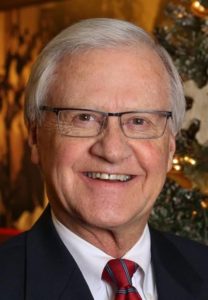 For the next three weeks, our main focus will be preparing for the day of days.

There is careful planning, shopping, wrapping and mailing packages, exchanging Christmas greetings with friends, listening to the joyful noise of Christmas songs and carols, and recalling together Christmases across the years.

Very shortly, the living room will be in disarray with children’s toys scattered everywhere, needles from the tree starting to fall, and trains stalling on the tracks.

Or at least this is how Christmas usually is for many of us. 2020 appears to promise a very different set of pandemic-induced circumstances for our Christmas holidays.

The wise men, who came from the East, presented gifts to the Christ-child, as they knelt in homage at his feet. The Magi were a tribe of priests who became the teachers and instructors of the Persian kings. They were men of holiness and wisdom. But they were wise primarily because they saw heaven’s light and pursued it. They went with great trouble and expense to pay homage to the newborn Messiah. They believed, according to Colossians 2:3, that “in him are all the treasures of wisdom and knowledge.” They left the kingdom in the East — perhaps from Persia, Babylon or even Arabia — to make the long and perilous journey. They were obedient to the gentle nudging of the Holy Spirit.

Why are men and women so unwise today? People are given repeated opportunities to trust Jesus, but they treat him with indifference or spurn him with cynical rebuff. Wise people see God in the baby Jesus in the manger scene. They pursue the star of hope until they see it leads to Bethlehem, as the Magi did to worship the Christ-child.

Christmas is a story of extravagant love. The wise men had very little to help them but they made the best use of what they had. They had a luminous meteor that likely appeared under special laws and for a special purpose. We do not know for sure what the precise nature of the star was. There was no Gospel, no warm personal visitation like the shepherds, but still the wise men went in search of the newborn babe.

The wise men exhibited a strong faith to leave their own homeland and take a long journey with little to guide them. They met with keen disappointment in Jerusalem. They were told there was no king there. “Herod is king!” they were told. Then the guiding star disappeared. The search would have ended for those less earnest. But not for the Magi. They were persuaded that the Messiah had come, and they were determined to find him.

Just imagine the joy the wise men experienced when they beheld the wondrous star again. It went before them to Bethlehem and guided them to an inn. But there was no king in the inn. When they inquired, they found that Jesus was born an outcast in a crude stable in a nearby cave with the winds of God beating upon him. People of noble birth and intellectual sophistication may be chagrined at finding this king born in such lowly circumstances.

But the circumstances of Jesus’ birth transcend the mundane and commonplace. Faith won the day. It helped the Magi triumph over difficulties. They were overwhelmed by the extravagance of God’s love in a manger. They presented their gifts to the Christ-child as they knelt in homage at his feet.

And that’s the story! No triumphant fanfare. God became man through the medium of birth, and to a young woman who had never known a man. In the Christmas story, God traded his lightning-like glory for swaddling clothes. In the Christian story, he who died between two thieves rose from the dead and is alive today. We proclaim it every year through Advent.

Perhaps in this unusual season where we have a new awareness of our own, and others’ mortality, we might lean a little deeper into this eternity — shaping historical hope of wisdom, love, faith and joy. Truly we have much to celebrate this Christmas season 2020.