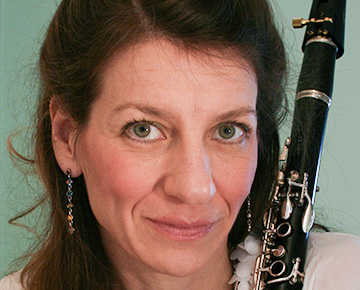 Clarinetist Doris became a 2018 Grammy Award winner as clarinet soloist with “The Crossing,” an Oratorio by Lansing McLoskey titled “Zealot Canticles.” Her newest recording is on Albany Records. The compositions are by composer, Grammy nominee and brother in Christ, Kile Smith, and performed with Lyric Fest.

Doris has performed in music festivals and on multiple series as a soloist and chamber musician throughout the world. Doris is a member of the Fulbright-Heys awarded ensemble Trio Clavino, performing throughout the U.S., Europe and Asia. Doris also performs annually with Beyond Ourselves, a group of chamber musicians who performs to help raise funds for MCC’s (Mennonite Central Committee’s) peace-keeping efforts around the world. Doris also spent time in Cuba and Bermuda in June 2017, volunteering as a clarinet instructor and mentor.

In 2011, Doris became an Artist-in-Residence at Franklin & Marshall College in Lancaster, PA, and is happy to have joined the faculty of the Lancaster Bible College in 2015.

Doris attends St. James Episcopal Church and works closely with the Catastrophic Relief Alliance, a non-profit founded by her husband Andy. CRA is committed to rebuilding for those in need. Particularly those devastated by natural disasters.