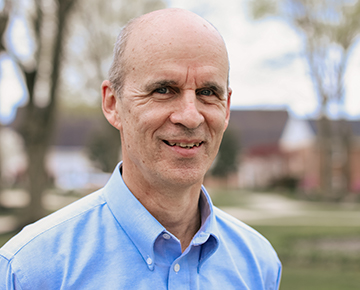 Gordon is a 1982 Bachelors Degree graduate of LBC in Pastoral Studies who went on to earn his Master of Theology from Dallas Theological Seminary in 1986 and his Doctorate of Theology from the University of South Africa in 2004. He served as a missionary in South Africa doing church planting from 1988-2000 and teaching and administrating at a Bible College from 1999-2005. He then returned to LBC as Undergraduate Dean from 2006-2010. Since 2010 he has served in the Bible &amp; Theology Department, mainly teaching Theology courses. He has also led Journey Teams to South Africa, enjoys mentoring students, and is the college’s NCAA Faculty Athletic Representative. Gordon married his wife Beth in 1982 and they have four grown children (three of whom are or soon will be LBC grads) and two grandchildren. Beth also graduated from LBC with a Bachelors Degree in Missions and a Masters Degree in Marriage and Family Counseling. Gordon is also involved in his local church as an elder, adult Sunday School teacher, former chairman of the missions committee, plus mentoring missionaries-in-training and engaged couples. In his free time he enjoys spending time with his family, reading, sports, and doing word and number puzzles.

“Theology is critical because God’s goal for his children is conformity to Christ and one of God’s chief means of transforming us into the image of Christ is knowledge of the truths of Scripture.” — Dr. Gregory