Chargers Set to Honor 50 Years of Basketball on Feb. 5 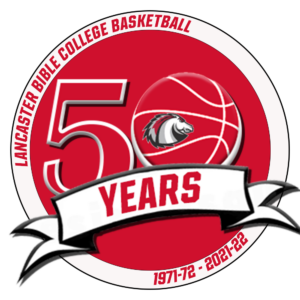 In addition to the games, a luncheon for players on the 50th anniversary teams and their families will take place prior to the 1 p.m. and 3 p.m. contests. All former players and friends of the college are invited to join the celebration at the 1 p.m. (men’s) and 3 p.m. (women’s) games, and both games will be free of charge to all spectators.

Lancaster Bible began varsity basketball play during the 1971-72 season and generally played fellow NCCAA schools until the mid-1990s. The Chargers began playing NCAA Division III schools in the late 1990s, and became official NCAA Division III members on Sept. 1, 2010. Since joining the United East Conference (formerly the North Eastern Athletic Conference) for the 2011-12 academic year, the Chargers have enjoyed success on the court, as the men’s basketball team has won two conference titles (2016 & 2018), while the women’s basketball team was crowned champions in 2013. Both teams have appeared in the conference final several times as well, and have also won the NCCAA East Region title many times.

For a look back at the history of Lancaster Bible Basketball, please visit each program’s history pages: Men’s Basketball & Women’s Basketball. If planning to attend the Feb. 5 festivities, please visit lbcchargers.com for COVID-19 mitigation policies set forth by the United East Conference. 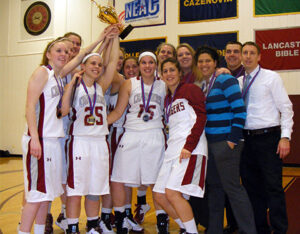 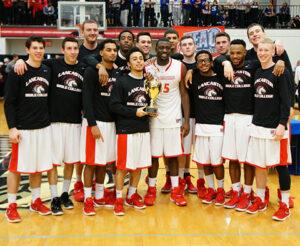