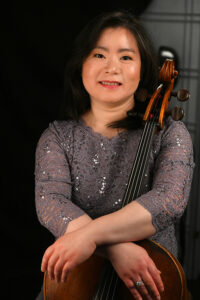 The Trust Performing Arts Center is partnering with Lancaster International Piano Festival (LIPF) during the 2022-23 Arts & Culture season for a series of concerts featuring some of the world’s best musicians.

The second concert in the series will take place at 7:30 p.m. Feb. 4 in the Great Hall of The Trust, 37 N. Market St. in downtown Lancaster. The joint performance will feature cellist Hai-Ye Ni, the Philadelphia Orchestra’s principal cellist who’s been praised as “soulfully expressive” by the Washington Post, and pianist Xun Pan, a Steinway artist who has been internationally recognized and awarded. 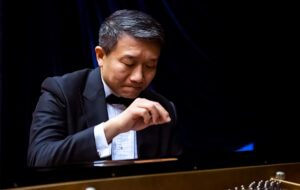 The duo will perform Ludwig van Beethoven’s “Sonata No. 3 in A, Op. 69,” Johannes Brahms’ “Sonata No. 1 in E Minor, Op. 38” along with other selections. Tickets are available at lancastertrust.com or lbc.edu/events.

The third and final concert in the series is set for 7:30 p.m. May 5 and will feature the Gabriel Chamber Ensemble, a nonprofit organization dedicated to presenting high-quality performances of chamber music repertoire. The ensemble is comprised of Simon Maurer and Dana Allaband on violin, Agnès Maurer on viola, cellist Ai-Lin Hsieh and Xun Pan on piano.

Get your tickets for events this season at The Trust!