The Journey of a Tablet: Alumnus Shares How Donated Computers Are Changing Lives

Home   |   Blog   |   The Journey of a Tablet: Alumnus Shares How Donated Computers Are Changing Lives

Because of that ECHO article, several LBC | Capital alumni, friends and staff connected with Daniel about donating their unused computer equipment so others could flourish. This followup to “Computer Connection” tells the story of how two tablets made their way halfway around the world to help someone else.

God uses small moments to make big impact. True change doesn’t always start with a huge revival; most times, change starts small. God’s hand is a part of every journey and, in this scenario, the story begins with a used tablet. 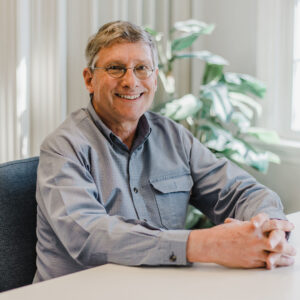 Daniel Gingrich (’78) has worked at the non-profit Alpha & Omega Community Center (AOCC) since 2008 to help Lancaster’s Hispanic community with a variety of resources. For instance, AOCC accepts donated computers and refurbishes them for refugees, migrant workers, immigrants and adult students learning English. AOCC seeks to share the gospel of Jesus Christ through these many services.

Gingrich’s hard work, dedication and aspirations to help the community would be lost without the generosity of others. Again, this story starts with a used tablet and the dedication of one LBC alumnus to bring resources to those who have very few.

After Daniel’s feature article ran in The ECHO, a college staff member donated two Microsoft Surface tablets to Alpha & Omega. This donor could never have known that Pastor Felix in Ecuador needed a tablet, but God did. The tablet that no longer had use in the donor’s home ended up in the hands of someone at AOCC to be restored and passed along. “Our technical partner Stu Metzler lovingly worked on the tablet to update it to Windows 10,”Daniel shared.  Daniel and Stu saw a need for this type of work at Alpha & Omega and began the Computers for Refugees program within AOCC in 2017. Since its inception, Computers for Refugees has distributed well over 500 desktops, laptops, tablets and printers to individuals, families and organizations that work directly with refugees, immigrants and asylum seekers.

The next set of hands the tablet fell into was Pastor Alberto Hernández. A former student at LBC and Pastor of New Life Baptist Church in Lancaster City, Alberto was leaving with his wife, Jenny, for a ministry trip to Ecuador.

Pastor Alberto’s plan in Ecuador was to help equip pastors to connect with unreached people groups. And to help them with this important task, he brought along donated tablets and computers that had been refurbished at AOCC.

As Pastor Alberto headed to Ecuador, God was making a way for the recipient of the tablet. One of the pastors Alberto would be meeting was Felix. “Pastor Alberto [upon his arrival in Ecuador]… presented [the] Surface to Pastor Felix who is spreading outreach ministry to the unreached people group,” Daniel shared.

Even before the Surface tablet was donated to Pastor Felix, God first made a way for it to be created, sold and purchased by the original donor. God makes a way, and we never know what part you may play in blessing another life.

The journey of a simple tablet is a beautiful picture of how God uses small things to make a big impact. What unused technology could you donate today to be the difference in someone else’s life tomorrow?