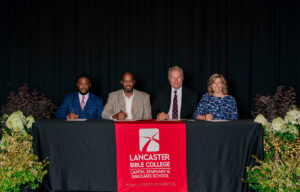 PEKBA is recognized as one of the leading Baptist organizations within the Philadelphia region, established for to develop effective and efficient ministries within Baptist churches. 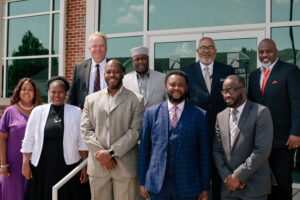 Representatives from PEKBA and LBC | Capital gather in front of the Teague Learning Commons on Aug. 4, 2021.

“PEKBA’s kingdom work is so essential,” DeRemer said in his welcome to the group. “The ministry of PEKBA has been rich in evangelism and education since 1922. We’re thankful for the opportunity to grow together because I believe these teams are committed to God’s call and to being a multifaceted family.”

DeRemer also reminded the group of the Apostle Paul’s words in Ephesians 2:10—“For we are his workmanship, created in Christ Jesus for good works, which God prepared beforehand, that we should walk in them.”

Dr. Wayne Weathers, pictured, PEKBA Moderator and LBC | Capital – Philadelphia Adjunct Professor, noted the mutual benefits of this relationship, stating, “The partnership between LBC | Capital and PEKBA allows our Baptist Association to have an impact on Christian education, illustrating a quality college and theological education a person can receive at LBC | Capital.” 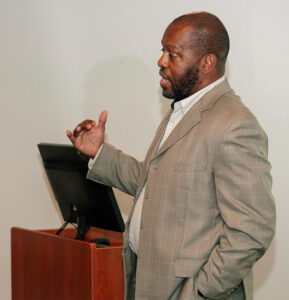 The goals of the partnership between LBC | Capital and PEKBA include the following:

View other partnerships LBC | Capital has formed around the globe