One student in Lancaster Bible College’s Music, Worship & Performing Arts Department is scooping up some really cool memories at her summer job in New Jersey. 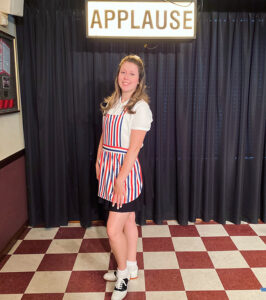 Alexis Bellhorn (’23), a Musical Theatre major from Brick, N.J., landed a gig at the Music Man Singing Ice Cream Shoppe, where she performs nightly with other musicians while also serving cool treats. Get a taste of Alexis’ summer job below…

LBC | CAPITAL: How did you get this fun job at a singing ice cream shoppe?

ALEXIS BELLHORN: The Music Man Singing Ice Cream Shoppe is located in Lavallette, N.J., which is actually only 25 minutes away from my house in Brick, N.J. In years past, I had visited the shoppe as a patron with my family and had wanted to work there ever since. I sent in audition reels of two upbeat Broadway songs back in January and was reached out to shortly after regarding a Zoom interview. After about three more interviews, I found out that I had been selected for the job! After finding out that the shoppe received over 100 other applications from all over the U.S. for only 12 spots, I was blown away and felt so blessed to have been given the amazing opportunity!

LBC: Tell us more about what this role entails.

AB: The waiters and waitresses at The Music Man put on five to six shows a night while also serving ice cream to guests who reserve seats for each showing. The shows consist of group numbers, duets/trios and solos, where each waiter/waitress maneuvers around the shoppe, singing directly to audience members and getting them involved. In addition to performing, we also are responsible for scooping, topping and serving the ice cream for each show. Over the past two weeks, the cast has been meeting daily to rehearse and learn the logistics of running an ice cream shop! 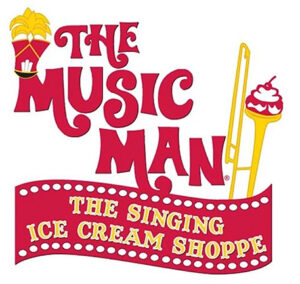 Q: What LBC music and theatre opportunities prepared you for your summer gig?

A: As a Musical Theatre major at LBC over the past two years, I have grown so much—not only vocally but also as a performer. The professors and voice instructors I have been blessed with at LBC have given me such incredible training and have prepared me so well for a performance-based job, and offered me several insightful lessons on how to gain stamina while performing such a high number of shows weekly. I was also cast in LBC’s “Singin’ in the Rain” this year, which was my first show at LBC! It was so much fun, and such a great learning opportunity as I was able to work with some amazing people who I was also able to learn so much from!

Way to go, Alexis! Thanks for representing LBC | Capital in such a fun—and cool—way!

Tune in to all LBC’s Music, Worship & Performing Arts Department has to offer.

CHECK OUT THE MAJORS HERE!