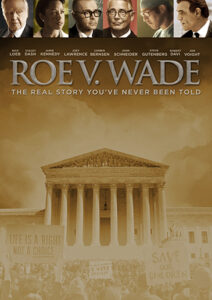 LBC | Capital students on the Lancaster campus had the unique opportunity on March 30, 2021, to pre-screen an important film before moviegoers around the nation.

The student-led group, Students for Life, in cooperation with a faculty member in the Communication & Media Arts (CMA) Department, organized and hosted the movie night and pre-screening of “Roe v. Wade.”

“Nick is one of my contacts from my 34-plus year professional marketing career,” Scott added. “We touched base about his upcoming premiere, and he made the film available to our students to screen prior to its April 2 release.

“I’m excited for our students to have this exclusive experience,” he continued. “It’s a powerful opportunity to view one of the most momentous events in Supreme Court history through the eyes of the doctor who had battled for the Roe v. Wade decision, only to later regret it and crusade for the life of the unborn. Not only is publicly revealing previously ignored truths about this decision in keeping with our biblical worldview, but being a part of the Communication & Media Arts faculty, I’m excited for my students to see filmmaking in which the artistry exceeded the budget.”