The Lord Gave And The Lord Has Taken Away: Reflections On My Journey With Cancer

Home   |   Blog   |   The Lord Gave And The Lord Has Taken Away: Reflections On My Journey With Cancer

EDITOR’S NOTE: You can help Dr. Mark Farnham with his medical bills by purchasing a copy of his new book, Every Believer Confident: Apologetics For The Ordinary Christian. 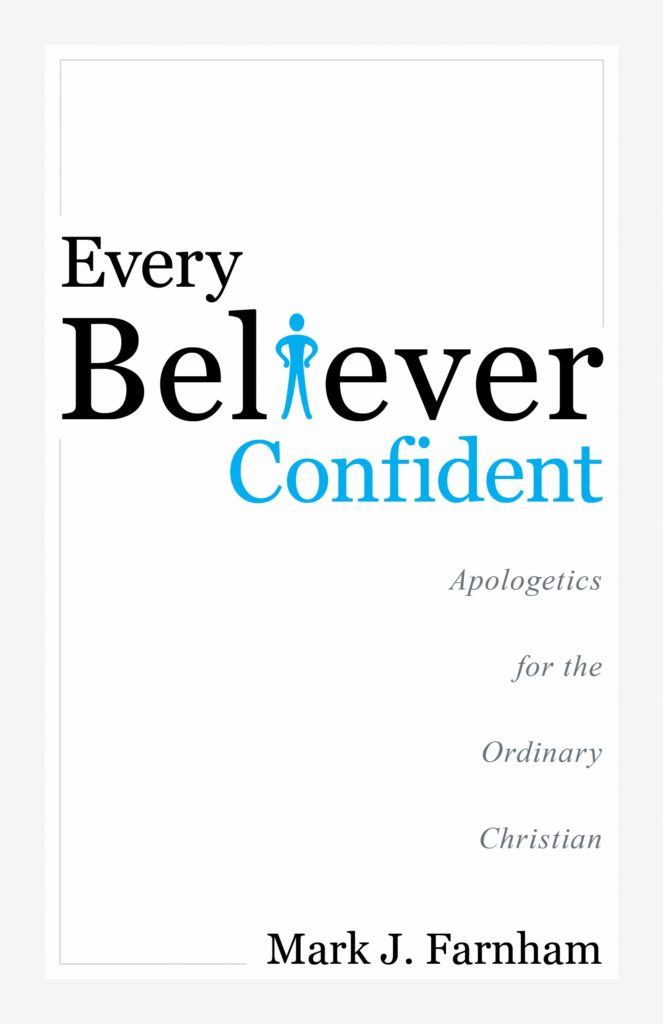 On July 8, I went to visit my grandsons, who live three hours away. While I was there, I began to notice that something wasn’t right in my brain. I was experiencing confusion, and my daughter told me that I had repeated myself several times. Long story short, several scans at the hospital in State College revealed a large tumor in the cavity below the brain where a person’s pituitary gland usually hangs free. The tumor was benign but was crushing my pituitary gland, engulfing my carotid arteries, and threatening my optic nerves.

Needless to say, this was quite a shock to my family and me. For the previous nine years of my life, I had been in good health following a kidney transplant in 2010 – a selfless donation by my brother-in-law. I tended to think that the kidney disease that ended in the transplant would be my one big health issue in life, and for almost a decade, God had been sustaining my health.

In the weeks that followed my cognitive incident, we were assured that the surgery to remove the tumor was low risk and that recovery would be complete within a year or so. Doctors were concerned about my transplanted kidney, so they ordered an ultrasound on my abdomen where it had been placed. The ultrasound revealed the kidney was healthy and unaffected by the pituitary tumor, but doctors also found something else that greatly concerned them.

A mass the size of a lemon was discovered in my small bowel, and after a biopsy, it was determined to be lymphoma, a cancer of the lymphatic system. Further testing confirmed that the cause of the lymphoma was the immunosuppressant medications I was required to take every twelve hours for the rest of my life so my body would not reject the transplanted kidney. So, my life-saving kidney transplant was ultimately the cause of my now life-threatening malignant lymphoma.

In August, I had the pituitary tumor removed from my head and I have been healing nicely. The lymphoma, however, has been another story. Doctors initially tried an infusion that was milder than chemo, confident that it would be all I needed to combat the lymphoma. However, the scans that followed showed no change in the size of the tumor.

Because of the complication of my kidney transplant and the necessary suppression of my immune system, the prognosis is uncertain. This has resulted in several months of grief, pain, fear, and general agony as my wife and I have contemplated the future. We have had to be realistic about my condition, hoping in God while preparing for death, if that is God’s design. I had to get our affairs in order and help my wife prepare to handle all the finances, home repairs, and long-term decisions on her own. Because my kidney disease began almost fifteen years ago, I have never been able to obtain adequate life insurance. We have had to talk about whether she would be able to stay in our house or if she would have to move in with a family member. We talked about what I want at my funeral.

Several emotions have dominated the last few months. We have grieved deeply, unlike our grief fifteen years earlier, when I first discovered I would need a transplant to live. All these discoveries of illness followed closely on the heels of our 30th anniversary in early June and the wedding of our youngest child a few weeks later. Two weeks after this second event, I was in the hospital. We have wept many times over the dashed expectations of what our lives would be like as empty-nesters.

Fear has settled over our lives like a suffocating blanket or a dark and stormy night. I have seen over a dozen different doctors and surgeons over the course of dozens of appointments in the last three months. Some of the procedures have been painful, and others have always been my worst fear (chemo). I have discovered that sickness can be incredibly lonely, even when you have a wonderful wife and children, church family, friends and college family to support you. And when you are lonely, fears seem so much greater.

Confusion has also reigned at times, as we have wrestled with God’s design of suffering at this point in our lives. At times I have argued with the Lord that his prescribed suffering is interfering with my service to him. In moments of clarity, I see the folly of such an argument. God does not need me to serve him, let alone in a problem-free life. Scripture is clear that suffering is ordained by God for many reasons—the humbling of the servant of God, the glory of God’s grace to sustain, and the dismantling of our notions that God is best served in power and not brokenness. When Paul shares his experience as a broken preacher of God’s message, it is a reminder that weakness is the true path to power in God’s design (2 Cor. 11:23-2:10).

The German Reformer Martin Luther opposed those who preached God’s Word out of prosperity, human wisdom, and personal dynamism because this “Theology of Glory” obscured the cross behind the person. He proposed instead a “Theology of the Cross” that followed the pattern of Christ’s humiliation on the cross as the source of genuine saving power. The Apostle Paul reminds us that God delights in saving people through a message that seems to convey weakness, rather than glory (1 Cor. 1:17-2:5). None of this is what we naturally desire. We tend to be enamored by youth and beauty, displays of power and glory, and promises of a better life here and now.

The American church has embraced these values so thoroughly that we hardly notice that we are decidedly different than many suffering Christians around the world and believers throughout the history of Christ’s church over the last 2,000 years. We don’t know how to deal with inconvenience, let alone genuine suffering. We have become shallow in our knowledge of God, ignorant of the New Heavens and Earth, where we will live eternally, and enslaved to our comfort and conveniences. It is only when God takes these away do we discover whether we really love God more than his good gifts. I know this is true in my own heart. When God’s love in Christ is not enough for me in suffering, and I just want my health and wealth returned to me, it shows the insidious foothold of the prosperity gospel in my heart.

I have to admit: I don’t like weakness. When I was young and strong, I assumed that I would remain so well into my later years. When I was first diagnosed with end-stage renal disease at thirty-eight years old, that was the end of my illusion. I miss the days of being strong and athletic. Yet, like so many others who have suffered greatly, I realize that suffering has worked in my character, maturity, and spiritual sobriety I don’t know that I would have had otherwise. It has made me a better husband, a better father and grandfather, a better preacher and teacher, and hopefully better prepared for my eternal home.

My wife and I have spent more time reading God’s Word and praying, more time talking about eternity than we ever did before these health problems entered our lives. We have had heart-wrenching, tear-soaked conversations with our children that have been transformative. We have cherished every moment with our grandchildren. In so many ways, these illnesses have brought a harvest of blessing to us. We shouldn’t be surprised. Peter warns us not to treat suffering as an unwelcome guest, but to embrace it, knowing that God promises blessing in the end worth more than gold (1 Peter 1:6-7; 4:12-13).

If I believe in the sovereignty of God over all things, then I must view suffering as one of the things over which God has absolute control. Even though I cannot see the purpose for which God ordains suffering in my life, I can trust him, because he is a loving heavenly Father who works all things for my good (Rom. 8:28). I can trust him because he is the Good Shepherd, who leads me through the valley of the shadow of death (John 10:11; Ps. 23:4). He is the faithful Creator to whom I can entrust my soul (1 Pet. 4:19), the Shepherd and Overseer of My Soul (1 Pet. 2:25).

If you want to support Dr. Mark Farnham during this time, consider purchasing a copy of his new book, Every Believer Confident: Apologetics For The  Ordinary Christain.

Get The Book
Request Info
Visit Us
Apply
Close