The Way It Was—Five-Year Reunions
Part I

With Lancaster Bible College | Capital Seminary & Graduate School’s Homecoming & Family Weekend quickly approaching on September 24-25, 2021, the July installment of “The Way It Was” is reflecting on a few anniversaries, as we look back at 2016, 2011, 2006, 2001 and 1996. Graduates from those years, as well as a few others, which we will look back on next month, will have an opportunity to gather at this year’s Homecoming festivities. Visit  lbc.edu/alumni/homecoming/ for all the details.

2016 was a big year in the classroom and on the court for Lancaster Bible College, as the men’s basketball team highlighted the year with a 27-1 overall record and the program’s first-ever trip to the NCAA Division III Tournament. Horst Athletic Center was filled to the brim on many occasions throughout the winter months, and the Chargers rode the support to a North Eastern Athletic Conference Championship on February 28, 2016.

Several great Journey Team trips dotted the map during the 2015-16 academic year as well. Trips were taken to India, Macedonia, South Africa and Brazil, to name a few. The Music, Worship & Performing Arts Department produced “Smoke on the Mountain” during the fall semester and “The Music Man” early in the second semester.

The 2010-11 academic year was highlighted by the groundbreaking of the new library facility, later to be named the Teague Learning Commons. The groundbreaking ceremony was held in the Good Shepherd Chapel due to inclement weather but was nonetheless a joyous celebration for students, staff and faculty.

As enrollment continued to soar, students on campus continued to find new things to do and also enjoyed performances like “Singin’ in the Rain” and athletic events, as the Chargers became official NCAA Division III members on September 1, 2010.

The 2000-01 academic year saw lots of construction on campus, as we have detailed before here in this blog. Good Shepherd Chapel and Olewine Dining Hall took shape and began to service students, staff and faculty. The Spring Semi-Formal was held at Palm Court at Willow Valley, while Journey Teams visited Australia, France, Hungary, Jamaica and more.

The Lancaster Bible College campus was full of life during the 1995-96 academic year, as the Homecoming celebration was one of the year’s highlights, as was Christmas Banquet that featured Dr. Tom Figart’s annual reading of the story of Christ’s birth.

LBC was home to fewer athletic programs back in those days, with the Chargers competing in men’s soccer, women’s volleyball, men’s & women’s basketball, baseball and softball. Journey Team trips took place in Trinidad, Italy, Alaska and other locations.

The “Tales From Eden Road & Beyond” podcast took the month off but will return in August with new episodes as we gear up for a fantastic 2021 Homecoming! 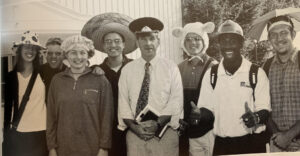 Students and faculty show off their hats as part of Hat Day during Heritage Week. 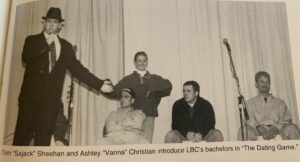 The 1995-96 academic year featured a fun night where students put on the “Dating Game.”

Men’s Basketball team won its first-ever conference championship during the 2015-16 season and completed the year with a 27-1 overall record. 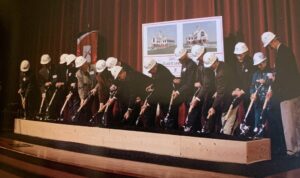 The groundbreaking of the new library building (later to be named Teague Learning Commons) was moved indoors due to inclement weather, as dirt was brought onto the stage at Good Shepherd Chapel. 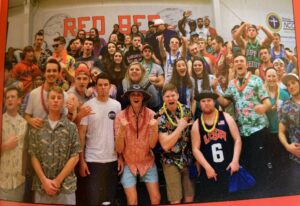 The Red Sea Student Section provided a huge home-court advantage for the LBC basketball teams during the 2015-16 season, as the men’s and women’s squads combined to go 28-1 at home that year. 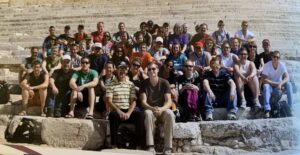 Over 50 students, staff and alumni ventured on a trip to Israel during the 2010-11 academic year. 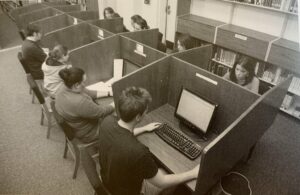 By the 2005-06 academic year, computers had gotten an upgrade in the library, as students do their work. 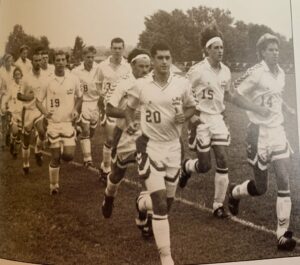 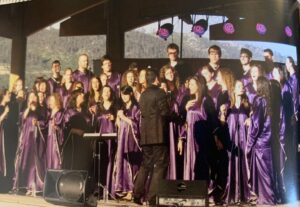 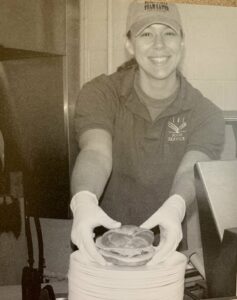 A student worker serves a sandwich at Olewine Dining Commons during the 2005-06 academic year. 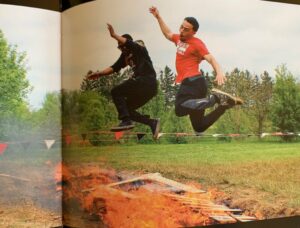 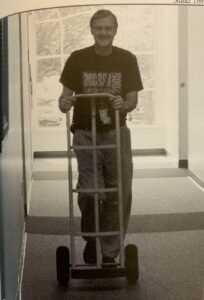 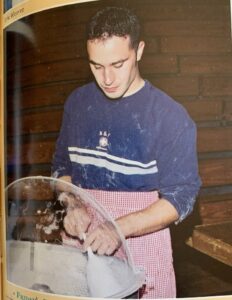 A student helps make cotton candy during the 2000-01 academic year. 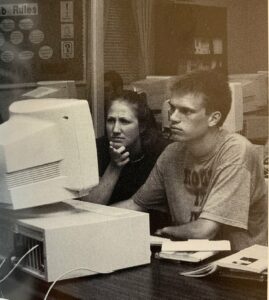 Two students read about an assignment on one of the computer lab in the library. 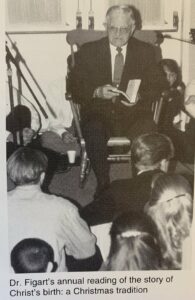 Dr. Tom Figart offered his annual reading of the birth of Christ at the Christmas Dinner during the 1995-96 academic year.

We'll see you there!