If you’re planning a visit to Lancaster, Pennsylvania, this summer—with, of course, a stop at Lancaster Bible College, you’ll want to make sure you carve out time for two local markets that were honored among the best of the best nationally.

According to a spring 2021 article in Penn Live, “The central Pennsylvania region has long regarded its flea and farmers’ markets as some of the best in the nation, and it seems people outside of the state think so as well.”

The Green Dragon earned the No. 2 spot behind only West Palm Beach Green Market in Florida, while Lancaster Central Market nabbed fifth place. Marketgoers around the country had a chance to vote online for their favorites.

Penn Live also reported that the Green Dragon has been offering a variety of produce, crafts and other items at its Ephrata location since 1932. Visit a gallery of Green Dragon images here. Central Market, established in 1730 and located today in downtown Lancaster, bills itself as the oldest, continuously running public farmers’ market in the country. Read about the history of Lancaster Central Market here. 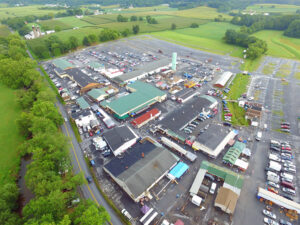 An aerial view of the Green Dragon Farmer’s Market in Ephrata, Pa. / Photo from greendragonmarket.com/gallery. 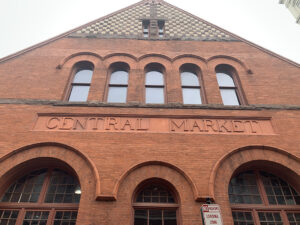 Lancaster Central Market has been in operation since 1730, when farmers would sell their bounty from a 120-square-foot plot of land.