JeongJae Lee – who went by Alvin Lee while he studied music at Lancaster Bible College – is now better known by his musical moniker, ALEPH (알레프). He’s an up-and-coming artist in the K-pop and K-indie music scene. For the uninformed, K-pop is a Korean musical export that has experienced huge crossover success in the United States over the past decade. Classic-with-a-twist pop and electronic beats characterize the music, and the lyrics usually are sung in Korean but feature a smattering of English words and phrases throughout. This impossibly catchy music most likely first came across your radar with the touchstone K-pop song, Gangnam Style. The music video for Psy’s 2012 megahit has more than 3.4 billion views to date and famously ‘broke’ the internet – and YouTube’s view limit. Literally.

More recently, big-name K-pop bands like BTS and BLACKPINK have entered the mainstream music scene in America, selling out massive world tours with stops across the country, headlining at Coachella and racking up Grammy nominations. Moral of the story? K-pop music is everywhere, and its increasing popularity is helping the movement gain a growing, global fan base. Aleph finds himself squarely in the middle of this rising industry and talked with us about the ups and downs of working in music, performing, the role his education played in his career and more.

25-year-old Alvin Lee lives and works in Seoul, South Korea, the very epicenter of K-pop music. Alvin – or ALEPH, his stage name, which we will refer to him by throughout – experienced an early bit of luck with his sophomore album. The album, <1>, released in 2018, caught the attention of the powerhouse boy band, BTS, who tweeted out a video of a band member listening to Aleph’s songs, No One Told Me Why.

To give you an idea of just how massive the band’s influence is, that tweet alone racked up 5 million views, 1.2 million likes and 437.1 thousand retweets and so many comments, my finger cramped up while trying to scroll to the bottom (I did find it – many, many scrolls later). Curious BTS fans turned-internet-sleuths tracked down the single and streamed it so much that the song now has 1,198,577 million plays on Spotify and counting – which does not account for its thousands of other plays on YouTube, SoundCloud and Melon, Koreans’ preferred premium paid music streaming service.

Above: One of Aleph’s singles, City Poems (도시 단편).

That timely event, coupled with ALEPH’s incredible songwriting talent, indie-sensibilities and soulful voice, has led to a burgeoning interest in his music online. “After BTS tweeted out my song, it got really popular,” he said. ALEPH’s music could be generally categorized as indie, but he says he likes to blur genre lines. “I make folk/pop music, and most of my songs have medium tempo and are laid back,” he explained. “I add other musical sources to give my songs a different color. I think that’s what many artists are doing now – combining different genres to make new types of music.” His burst of internet virality also led to an appearance on a competition-style reality show on Mnet called Breakers. The show was billed as an opportunity for indie musicians to collaborate with big names in the industry, but he notes it was not all that glamorous (“It was not appealing at all.”)

Nonetheless, it functioned as a way to elevate his music, expand its reach and grow his audience. ALEPH notes that he’s particularly proud of two songs he’s written and performed: Who I Am Today and Blessings. “I love these two songs because the lyrics are hopeful,” he said. As for his stage name, he explained its origins and deeper meaning: “It’s the first letter of the Hebrew alphabet,” he said. “It means God’s oneness and power. I thought it might signal to people who believe in Christianity what my roots are.” 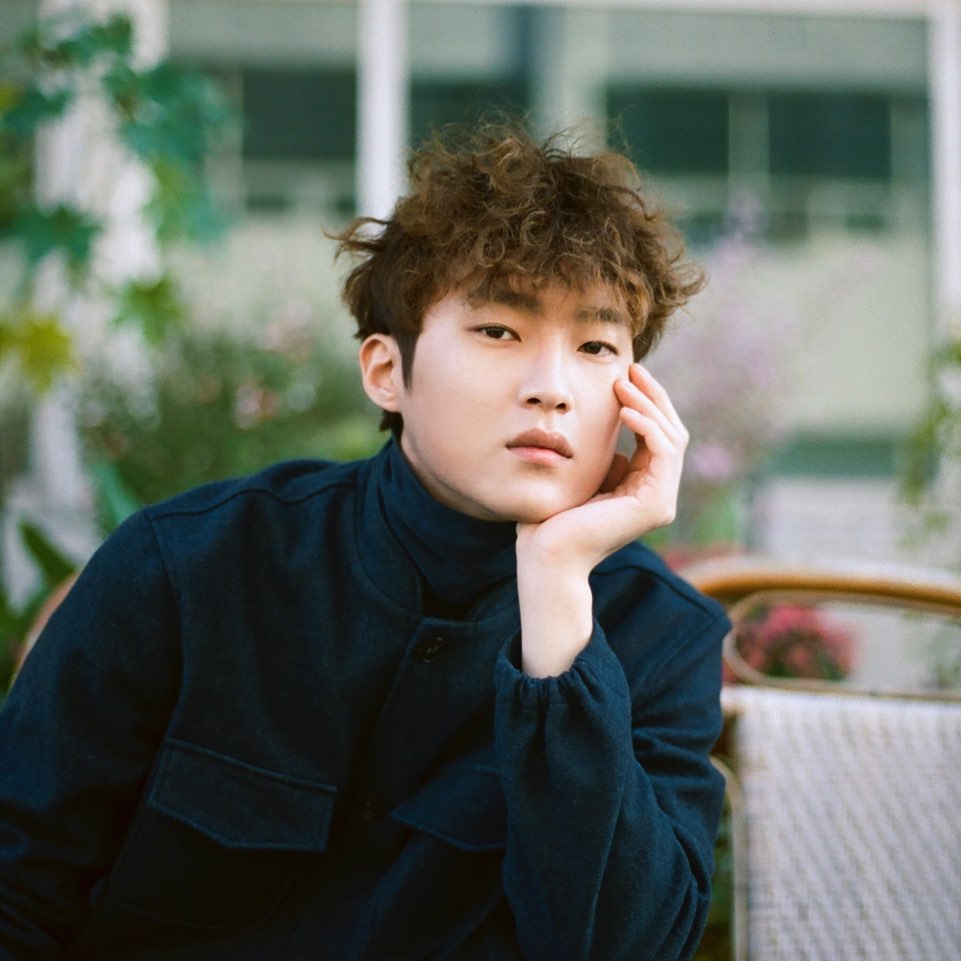 Above: JeongJae Lee, or as he’s better known in the music industry, ALEPH (알레프). LBC graduates might better remember him as Alvin.

When we asked him about his experiences working in the K-pop industry, he was very candid: “It’s like the law of the jungle,” ALEPH explained. “Music trends and musicians change quickly. It’s a vicious cycle.” Despite the challenges of working in a fast-paced industry that’s as quick to embrace up-and-coming stars as it is to discard them, there’s a real staying power to the type of music ALEPH is prone to create: timeless compositions with relatable lyrics. This, he says, came in part from his education at Lancaster Bible College.

“My education from LBC really helped me to prepare for my career,” said ALEPH. “I met so many talented friends while studying at LBC. They inspired me to create my own music, not to just duplicate or mimic others.” He says that while his time in the classroom was absolutely formative, he found that the informal education he received from learning from and interacting with his classmates was key. “I think seeing what my friends did as artists and musicians helped to prepare me for this job.”

A native-born Korean, ALEPH – who, by the way, is trilingual: he speaks Korean, Chinese and English – first heard about LBC through his choir teacher. “I lived in China until 2012 and I went to an international high school there,” he said. “My choir teacher there was an LBC graduate and recommended I study at LBC.” Once he graduated from high school, he packed his bags and headed to the US in 2012, though he had to leave as a sophomore in 2014 to fulfill a military service obligation in his home country. Still, he said he cherished his time at the college – in particular, the friends he made and the people he met. “I really valued the people,” said ALEPH. “Yes, knowledge may help us to become more skilled, but the people we meet at school can also teach us a lot.”

As for advice to any aspiring performers, ALEPH says loving what you do is key. “Keep on making your art and be more open to sharing it with others,” he explained. “Whatever you end up choosing to do after you graduate from LBC, you will learn something and become a better person. So whatever you do, do it for the love of the craft.”

Do you want to study music?