Doctor of Philosophy in Leadership (PhDL)

Become the Leader God Called you to Be

Why Earn a PhD in Leadership through Capital?

Get the education you need to further prepare and equip yourself as a leader, educator or administrator. Our Doctor of Philosophy in Leadership degree is cohort-based and has alternative delivery methods. When you study in LBC | Capital’s PhD in leadership, you’ll learn under the tutelage of expert faculty members and international ministry leaders.

This program is built upon a framework that understands organizations to be dynamic and developmental in nature. The program promotes a balanced model of leadership that recognizes the importance of biblical values, incorporates the best of social science literature, cultivates inspiring vision and godly virtues and gives attention to the details of leadership management practices.

What Makes our Program Different?

Designed for highly motivated students, this program is well-suited for pastors, missionaries, para-church ministry leaders, teachers, and other Christian leaders looking for a way to heighten their professional development and give them a deep understanding of biblical leadership. Other benefits include:

Click to view requirements to enter USA as a student.

In This Program, Students Will…

Hear from a Students: Doctoral Students

Listen to our student describe their experience in the PhD in leadership program – why they love it, how it’s changed them and why they chose it. 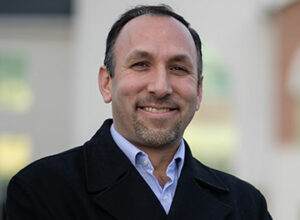 “My greatest joy is seeing students discover a topic they hope to research that energizes their passions and aims to make a lasting impact on the global church.” — Dr. Gushiken 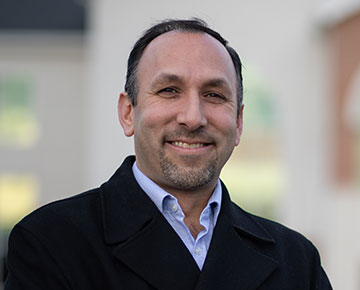 Dr. Gushiken has been serving the local church for nearly 20 years. He served as Associate Pastor of Discipleship and Evangelism in London, England prior to becoming Senior Pastor of Harvard Avenue Evangelical Free Church, a multiethnic congregation in the western suburbs of Chicago, for over 17 years. In January 2017, he stepped down from the church to assume his new responsibility as Director of the Ph.D. in Leadership program at Lancaster Bible College|Capital Seminary & Graduate School. In addition to his administrative responsibilities, Kevin teaches courses in Leadership related to Research as well as Character and Ethics. He enjoys shaping Christ-centered leaders who influence the world for the gospel. Dr. Gushiken is passionate about preaching, spiritual formation and holistic spirituality. He believes the church should be a Christ-centered hospital providing hope in a broken and fractured society. He has published in both academic and pastoral journals, including Christian Education Journal, Journal of Spiritual Formation & Soul Care, and Religious Education Journal on topics ranging from ethnic diversity to educational pedagogy. He is married to Penny. They have two children: Ashleigh and Ryan. He enjoys sailing, hiking, reading and swimming. He is admittedly an adventure junkie as he has skydived and white water rafted. 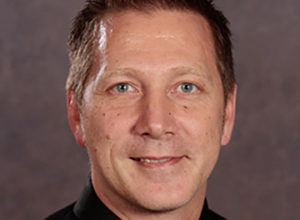 Professor, Chair of Church & Ministry Leadership Dept. and Director of the Doctor of Ministry Program

“Who we are and how we live together is what we teach.” — Dr. Rhoads 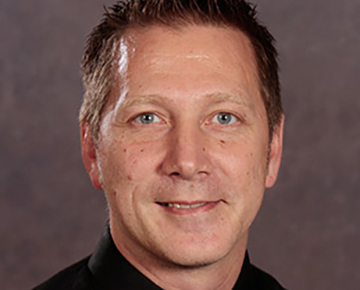 Professor, Chair of Church & Ministry Leadership Dept. and Director of the Doctor of Ministry Program

Rick is the Chair of The Church and Ministry Leadership Department at Lancaster Bible College and Capital Seminary & Graduate School. He has served as a Professor of Student Ministry, Leadership, and Spiritual Formation for the past 12 years. His passion is cultivating spiritual health in emerging and seasoned leaders, resulting in healthy leadership which then impacts their respective families and ministries. Rick received a Bachelor of Science in Christian Education from Lancaster Bible College, a M.A. in Leadership from Columbia Biblical Seminary and a Doctor of Ministry Degree from George Fox Evangelical Seminary in Global Leadership. Over the past 22 years, he has served in Student Ministry and Pastoral roles at Lebanon Valley YFC, LCBC, Calvary Bible Church, and Riverbend Community Church. Rick and his wife Naomi live in East Petersburg, PA with their two children, Grace and Eli. 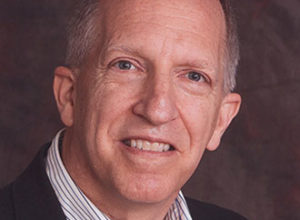 “The best classroom learning occurs through the integration of how God is already at work in the student’s ministry, solid background reading and lively application-based discussion.” — Dr. Bird 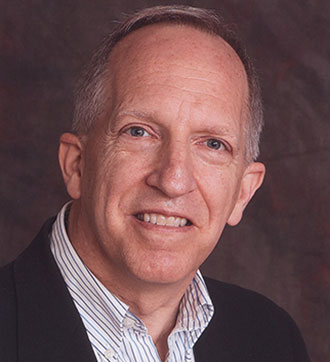 Rev. Warren Bird, Ph.D., has served as adjunct professor at Alliance Theological Seminary since 1995. He has been both a senior pastor, church planter, and assistant pastor in C&MA churches. He is the award-winning author, co-author or editor of 29 books for church leaders, over 200 magazine articles, and several dozen groundbreaking research reports. He is the director of Research and Intellectual Capital Development and oversees the research department at Leadership Network, the nation’s leading organization to help entrepreneurial church leaders in growing churches move from ideas to implementation to increased influence and impact. Widely quoted in national media, he is one of the nation’s leading writers on megachurches, multi-site churches, high-visibility pastoral succession, and large church compensation. 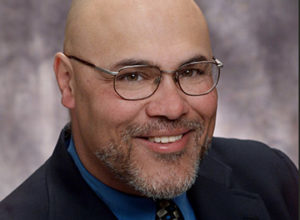 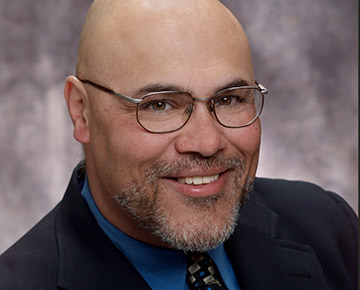 Dr. Cooper currently teaches at Gordon-Conwell’s South Hamilton, Boston, Charlotte and Jacksonville campuses. While in New England, he served as Associate Pastor and led the men’s ministries at historic Tremont Temple Baptist Church in downtown Boston. From 1995-1997, Dr. Cooper served as the National Director of Promise Keepers. He also served as the first Executive Director/President of the Houston Bible Institute, now called the College of Biblical Studies, in Houston, TX. One of the very first multi-cultural institutions in the country, the Institute now has nearly 2,000 students and the same multi-cultural emphasis. In addition to serving as a teacher, Dr. Cooper is an internationally known speaker. He has spoken at the Pentagon, Promise Keeper Stadium events, Dennis Rainey “I Still Do” conferences and various Bible conferences. He has made several trips to Africa to work with the Association of Evangelicals of Africa and Madagascar and has spoken at conferences on military bases in Korea. Dr. Cooper served as chaplain for the Houston Oilers and the Houston Astros franchises and has spoken to many other professional teams, including the Pittsburgh Steelers, Dallas Cowboys and Houston Rockets. Dr. Cooper also specializes in consulting with organizations in developing a healthy organizational culture and creating open systems for connection and community. Dr. Cooper has worked with such groups as Honda Motors and United Airlines among others. Dr. Cooper also is a certified Cultural Intelligence consultant and Cross-Cultural Conflict Resolution expert. He has been certified to lead seminars and do consulting with organizations in the profit and non-profit arena. Wells Fargo Bank is one of the several groups he has worked with in this area. Dr. Cooper is certified by several groups: The Cultural Intelligence Center under Dr. David Livermore in Grand Rapids Michigan; The Intercultural Development Institute under Dr. Mitchell Hammer in Olney, Maryland and Stir Fry Seminars and Consultants under Mun Wah Lee out of Berkeley, California. Dr. Cooper also works with Mosaix with Dr. Mark DeYmaz as a consultant for churches, non-profit organizations and Denominations in Cultural Intelligence. Dr. Cooper has won several awards, including the H. A. Ironside Award in expository preaching from Dallas Seminary, the Outstanding Young Men of America Award, the Rotary Four-Way Test Award and the John Philip Sousa Music Award. He is also a member of Who’s Who in American Colleges and Universities. Dr. Cooper is an experienced counselor and specializes in his private practice in couples, families and minority and men’s issues. He is a licensed clinical psychologist in North Carolina and was a part of the examining panel for psychologist licensing in Colorado. Dr. Cooper’s personal interests include golf, weight lifting, music, travel and reading. He is married to his best friend, Nancy. “Training next generation Christian leaders in the use of biblical tools for lifelong learning is my passion.” —Dr. Eckel Dr. Mark Eckel is President of The Comenius Institute, serving students and faculty on the campus of IUPUI. For 35 years Mark has served the Christian education community as a high school teacher, undergraduate-graduate professor, curriculum writer and international speaker. Mark’s responsibilities have included daily instruction, curriculum development, mentoring teachers, and conference speaking on Christian education issues in hundreds of venues. Mark has written numerous books including "Let God Be God: The Nature and Characteristics of God," "Timeless Truth: An Apologetic for the Reliability, Authenticity, and Authority of Scripture," "The Whole Truth: Classroom Strategies for Biblical Integration," "I Just Need Time to Think: Reflective Study as Christian Practice" and "When the Lights Go Down: Movie Review as Christian Practice." His next book "Up Against the Lockers: Teaching-Learning as Christian Practice" will be out in 2018. He is also a contributor author to Christian Education Journal, Intégrité, Encyclopedia of Christian Education, and Encyclopedia of Christianity in the United States. In addition, Dr. Eckel has presented papers at Moody Bible Institute, C.S. Lewis Conference at Taylor University, the International Institute for Christian Studies, Indiana Wesleyan’s Faith and Pedagogy in the Science Classroom. Mark is an ordained minister with earned degrees: a Th.M. in Old Testament and a Ph.D. in Leadership. 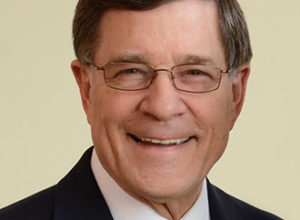 “I highly recommend this program. It reflects a dynamic balance between theory and practice for leaders.” —Dr. Habecker 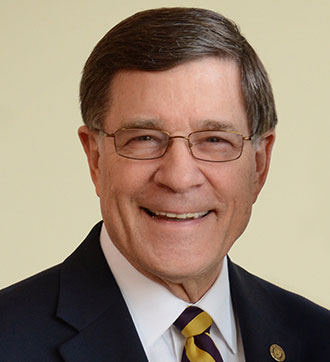 Dr. Eugene B. Habecker is is the President Emeritus of Taylor University and served as the president of the American Bible Society and at Huntington University. He holds a master's degree and Ph.D. degrees form Ball State University and University of Michigan. Additionally, he earned a Juris Doctor from Temple University. 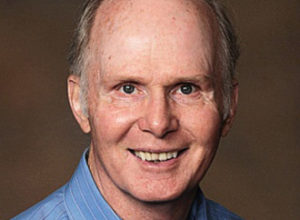 “I always come away enriched from investing time in nurturing students and watching them positively shape the character and culture of our society.” — Dr. Lewis 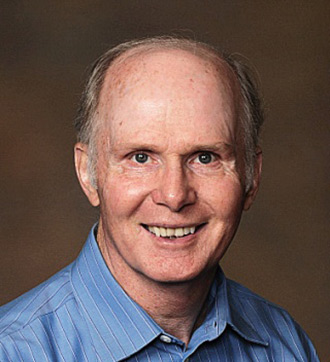 Dr. Lewis brings 26 years of pastoral experience to the academic classroom, having served on ministry teams as a Student Ministry Pastor, Pastor of Christian Education, and Pastor of Adult Education in three different churches. He earned his bachelor’s from Cairn University, master’s degrees from Dallas Theological Seminary and Wheaton Graduate School, and completed his Doctor of Education degree in Adult Education from Pennsylvania State University and has published articles in the Journal of Christian Education. Dr. Lewis brings a passion for mentoring students in preparing men and women for ministry, and continues to serve their needs long after they complete his courses. He always comes away enriched from investing time in nurturing students, to have a small part in sharpening their leadership gifts and watching them positively shape the character and culture of our society. Dr. Lewis and his wife, Linda, love all Philadelphia sports teams and enjoy hiking and camping. They have two grown children and five grandchildren – five of the smartest, best looking kids on the planet – no bias.

Dr. Debra Johnson-Cortesi is the Senior Instructional Designer for Lancaster Bible College | Capital Seminary & Graduate School. For over a decade, Debra has worked to design, develop, and implement effective online instruction. She is passionate about Christian higher education, particularly at the graduate level, and regularly tests experimental course design elements to discover new methods of teaching. Prior to moving into higher education, Debra spent more than a decade working in church ministry. Her areas of ministry oversight included children’s ministry, adult small groups, spiritual formation, yearly conferences, and leading worship. She believes that her experience in ministry helps her to provide more effective education to students studying to be ministry leaders themselves. Debra has contributed to the Magna Publication, Teaching Professor newsletter and presented at the Distance Teaching & Learning Conference. She has also presented and been a consultant on various areas of online education practice with several colleges and universities. Debra has earned degrees of MA in Small Group Ministry, MA in Worship, and a PhD in Leadership.

Looking for Ways to Finance Your PhD Degree?

Our LBC Financial Aid Office can help you navigate through the process.