Prepare for a career to serve the public.

Advocacy, Law and Justice in the Name of Christ

If you have a passion for bringing restorative justice into the world through your career and relationship with Christ, this just might be the major for you.

The criminal justice program at Lancaster Bible College will prepare students to fill redemptive roles in our larger society. We have designed courses, internships, student work, and instructor interaction to help students promote biblical justice and the love of Christ in service to people in public spaces. Students will take classes in areas of Criminal Justice, which focus on law enforcement and corrections, and of Legal Studies, which focus on legal reasoning and provides exposure for those interested in the legal profession. Through academic rigor and hands on training, Christian professionals in LBC’s criminal justice program teach students how to live out the Gospel in society, excel in their chosen fields, and strengthen their faith for the work to which God calls them.

Why Study Criminal Justice at LBC?

Bachelor of Arts in Criminal Justice

Internships
Here are some examples of recent internships:

“Learn to do good, seek justice, correct oppression; bring justice to the fatherless, plead the widow’s cause.” – Isaiah 1:17

Hear About Jack’s Experience in the Criminal Justice Program

Jack always wanted to be a police officer. Here’s why he earned his degree before entering the police academy. 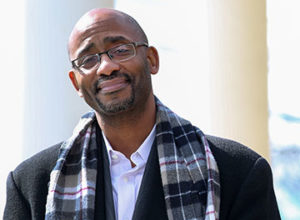 “I love to teach because Jesus taught. When he taught, he opened others’ eyes to spiritual realities that they might not have previously considered . . . I aim to do the same in my teaching.” – Dr. Churchville 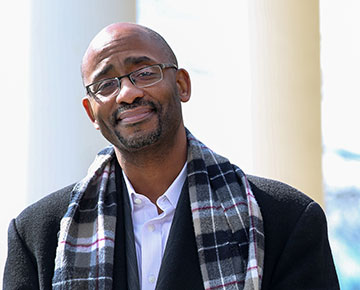 Professor Churchville received a Bachelor of Arts in American History from Brown University, and went on to receive his Juris Doctorate from the University of Pennsylvania School of Law. He has previously practiced as an attorney in the private and public sectors of Philadelphia and Lancaster counties. He has taught Law, Government and Political Science over the last decade, and currently specializes in Criminal Justice and Constitutional Law. 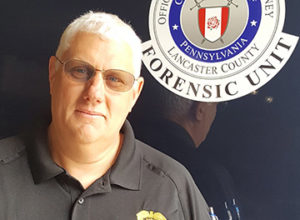 “I believe being in law enforcement/criminal justice is about helping people through difficult times while showing Godly respect for all the people I meet and deal with.” – Mr. Wahl 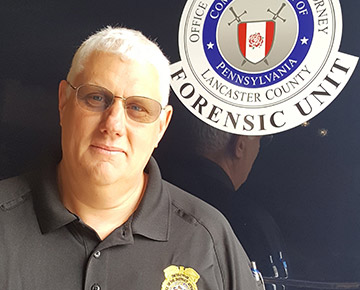 After graduating High School, Greg served 4 years in the US Coast Guard.  While in the Coast Guard, he was involved in Federal Law Enforcement, search and rescue operations, enforcement of fishing regulations, US Customs enforcement and drug interdiction. In 1985, he started his local law enforcement career with the East Donegal Township Police and Marietta Borough Police. In 1986, he was hired by the Mount Joy Township Police Department.  In 2003, the Mount Joy Township merged with the West Donegal Township Police Department and became the Northwest Regional Police Department.  He retired from the Northwest Regional Police Department in 2013.  During his time with the police department he was a patrol officer most of his career.  The Northwest Regional Police Department did not have a detective.  He investigated many crimes, such as homicide, Rape, Burglary, thefts and various sexual abuse cases.  He specialized in Accident Reconstructionist and Child Abuse Investigations. He taught DARE and other crime prevention programs. In 1986 he became a Pennsylvania State Constable, where he has transported prisoners, served arrest warrants and civil actions.  He continues to perform the duties as a Pennsylvania State Constable. In 2013 he was hired by the Lancaster County District Attorney's Office where he now specializes in Digital Forensics. He is also the supervisor of the Lancaster County CRASH team. He has attended and is a member of the Elizabethtown Brethren in Christ Church since 1968.  From 1986 to about 2011 he worked with the Jr. High and Sr. High Youth at the Elizabethtown Brethren In Christ Church. His wife Pam, and he have been married since 1984 and they have two adult children.  His oldest son works as a US Capitol Police Officer.  His younger son works in accounting and business management. He and his wife and enjoy camping in Pennsylvania and surrounding states with their RV. They belong to a camping group and enjoy fellowship as they travel to many different campgrounds. “My theological training paired with my current experience in law enforcement put me in a unique position to educate students from a biblical perspective in the field of criminal justice.” – Travis Schmalhofer Travis Schmalhofer is employed by the Lancaster County Sheriff's Office as a Sergeant. He earned his BS in Pre-Seminary from Lancaster Bible College and a MA in Exegetical Theology from Covenant Theological Seminary in St Louis, MO. Schmalhofer’s theological training paired with his current experience in law enforcement puts him in a unique position to educate students from a biblical perspective in the field of criminal justice. 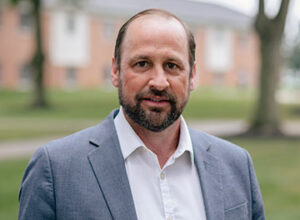 “Excellence is not necessarily that part of achievement which other people appreciate but rather the sum of time spent on and of effort put into any task. The amount of time and effort we put into winning high opinions usually keeps us from being excellent.” – Dr. Spanjer 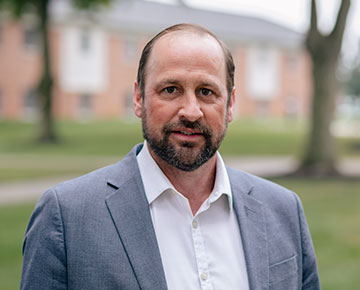 Daniel Spanjer graduated from Nyack College with a BA in History and from Reformed Theological Seminary (Orlando) with a MA Theology. In April, 2016, he successfully defended his dissertation at the University at Albany, SUNY. He has taught at Nyack College, University at Albany, and is currently the Chair of the Arts and Sciences Department and Professor of History at Lancaster Bible College. He also serves the college as the director of the Alcuin Society, a scholarly organization which serves campus faculty. Dr. Spanjer has published several essays for the new Encyclopedia of Christianity and developing a book for Square Halo Books on the history of the Western Church. Dan is a pilot and has worked as a mechanic, commercial fisherman, grant administrator and golf course greens keeper. He is married to Tara Spanjer and they have three daughters: Meghan, Emily, and Katelyn. 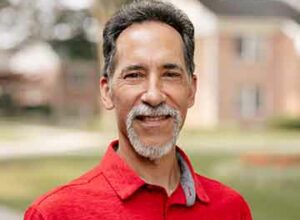 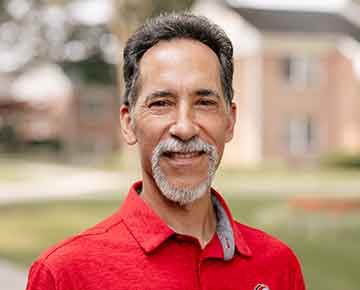 Retired in 2012 from a 30 year career in Law Enforcement with the Harford County Sheriff’s Office in Bel Air, Maryland. My career was very rewarding and challenging and the Lord was my partner everyday. I spent years on each shift, teaching at the training academy, running a fitness program, and on the Special Response Team for 16 years to name a few assignments.

This course will give a general overview of the criminal justice system in the United States.  It will focus primarily on the role of law enforcement, the court system and the correctional industry.  The course will examine how each phase of the system currently works, or does not work, from the point of initially reported crime, to possible arrest and prosecution, to case resolution and ultimately through the arrestee’s outcome at sentencing.  As an introductory course, its primary goal is to help prepare the student majoring in criminal justice with a broad foundation of knowledge from which to pursue more comprehensive and rigorous analysis in advanced courses.

This course will examine the critical issues faced by American police through analyses of research relating to the historical, sociological, and legal bases for policing with an emphasis on contemporary trends in law enforcement.

This course will give an overview of the history of punishment of crime in the United States, whether through community sanctions (such as probation or restitution) or through community removal (incarceration in jails, prison, or community corrections facilities). It will examine theories of deterrence, behavior modification and recidivism rates. This course provides an in-depth introduction to the historical evolution and current state of incarceration and detention in the United States. Students will take a critical look at life in prison by exploring how incarceration affects the inmate and the potential consequences for society. Special emphasis is given to current controversies in jail and prison policy, such as family disruption, and physical and sexual violence. Finally, the course will address the causes that have led the United States to having the highest population of incarcerated persons in the world.

This course will survey the function and process of courts in the U.S. from low-level district courts through appeal filings all the way to the United States Supreme Court. It will outline the history of the U.S. system and examine changes made in an increasingly technological society. Finally, the course will address current issues within the judicial system and suggest reforms and improvements.

This course examines the origins and sources of criminal law as it has developed in the U.S. Students will gain an overview of the historical foundation of rights accorded those involved in the criminal process as well as the limitations placed on government actors.

This course will relate the foundations of ethical thought to everyday practice among criminal justice professionals.  Police, prosecutors, probation and parole officials, prison staff, attorneys and judges all have a tremendous amount of discretion as to how they perform their various duties (i.e., who to arrest, who to prosecute, who to release early, how harshly to punish, on whom to spend the most time defending, etc.) The course will examine the Biblical foundations of ethics and investigate case studies on which students can reflect as they prepare to engage in their own style of practice.

This class (pass/fail) allows students to be placed in a local field placement within their chosen area of interest.  This allows them to get a closer, more “hands-on” view of their area of interest to determine whether or not they will continue to pursue this particular career option after graduation.

Each student is required to have a cross-cultural experience sometime during their studies at LBC. Students should confirm with their advisors as to whether one of the following available options will fulfill their major’s cross-cultural requirement. It should be noted that each of the programs below has its own enrollment procedures and policies, so see the Registrar for information before applying.

See the catalog for details

This course will relate the foundations of ethical thought to everyday practice among criminal justice professionals. Police, prosecutors, probation and parole officials, prison staff, attorneys and judges all have a tremendous amount of discretion as to how they perform their various duties (i.e., who to arrest, who to prosecute, who to release early, how harshly to punish, on whom to spend the most time defending, etc.) The course will examine the biblical foundations of ethics and investigate case studies on which students can reflect as they prepare to engage in their own style of practice.

This course is designed to assist criminal justice practitioners to effectively deal with the emotional impact from trauma and negative experiences that are routinely encountered in this profession and to equip students to effectively deal with these challenges. The major goal of the course is to find safe places and coping strategies to deal with “toxic overload” and prevent compassion fatigue, professional burnout and personal moral failure.